5 Things to Remain Positive About When All Hope is Gone 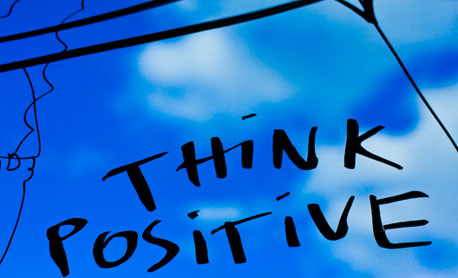 Note: This is a guest post by Glen Allsopp of PluginID.

I noticed recently that Henrik had advertised he was looking for guest posters so I decided to contact him to see if the offer was still open.

He told me it was so I began writing the article you are reading right now. The reason I tell you this is that I'm all about living positively, living a life we have designed and one that is full of happiness.

However, positivity is never something I've wrote about, it's not something that crosses my mind, it just tends to come naturally.

With that in mind, I decided to do a little twist on the theme of this blog and look at remaining positive even when it looks like there is no hope and things aren't going to get better.

5 Things to Remain Positive About

So, what are the 5 things that you should always remain positive about, especially through your low points? Let's find out shall we…

I love the saying ‘If there's nothing wrong with your health, you don't have a problem', I'm not saying I fully believe in it (I don't believe in problems, only situations) but it definitely makes sense.

When we are born, there's only one thing all of us having in common, we are going to die.

No matter what car you drive or how much money you have in your bank, they are completely meaningless compared to the importance of being healthy and strong.

When everything seems down, just remember that you are alive and healthy and you have the rest of your life in front of you.

There's no greater achievement than the gift of life.

You've probably heard this a million times but the point from this statement is just as true as ever.

Have you ever been stressing about something a lot, maybe through impatience, and woke up the next day and found that you don't really care about that ‘problem' anymore?

I know I have.

That isn't to say you should put things off and always be waiting for tomorrow, this is about realising you still have the time to turn things around and improve your situation.

You know what the difference is between you and all these amazing people?

Absolutely nothing, you're both human.

Some people never live up to their full potential, mostly because they believe that success and fame or happiness and clarity are left for people who are more fortunate than them.

Do you think Tim Berners-Lee woke up and decided to create the internet?

No way. But I'm sure he had an idea of what he wanted to achieve and went out there to start doing it.

You have the potential to be anyone and do anything you want, our time on this planet gives us amazing chances and opportunities, don't waste it because you feel like you have no hope.

You have as good a chance to change the world as anybody, you just have to realise it.

People made millions, people saved lives, you are a person, you can do the same.

4. Things Could be Worse.

Things could be worse, they could always be worse, at least in 99.9% of situations we find ourselves in.

I recently told the story of a prostitute who was kicked out on the street by a man who had sex with her and didn't pay. This was while being watched by lots of people with their heads hanging out of office windows to see what was going on.

Imagine being in that situation.

No matter what problems you think you have right now, they could be worse. If you are struggling to pay your next bill, at least you are living in a home while doing it or have a family who are willing to support you.

If you've just divorced your wife, it's not like all other women on the planet have disappeared, you can still get out there and find another girl for you.

Life is abundant, don't take your current situation as the worst it could be, because more often than not, things could be a whole level worse than you can imagine.

I love challenges, I really do.

I love knowing I'm scared of doing something but that I can conquer it.

For example I recently did a bungee jump, I was very nervous before jumping from an 80ft bridge but I loved knowing I was nervous, I loved having the opportunity to overcome the fear.

‘Hard times make you stronger‘ or variations of that phrase are probably something you've heard 100 times before, that's because it's true. Think of any hard time in your life whether it's:

If you've been through any of these and came out on the other side then you will know that they've probably made you stronger as a person and helped you with other aspects of your life.

Be thankful for the challenges you have right now, because on the other end is a new you with a lot more strength than the old one.

Glen Allsopp writes on the subject of Personal Development over at PluginID. You can help him help you by subscribing to his feed, here.

Next post: Nelson Mandelaâ€™s Top 9 Fundamentals for Changing Your World

Previous post: How to Create a Kick-Ass 2009: My Top 10 Favourite Timeless Tips