4 Reasons Why Failure is Pretty Awesome 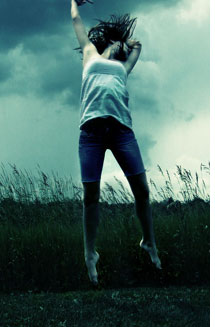 â€œFar better is it to dare mighty things, to win glorius triumphs, even though checkered by failure… than to rank with those poor spirits who neither enjoy nor suffer much, because they live in a gray twilight that knows not victory nor defeat.â€
Theodore Roosevelt

When we were kids failure had a different meaning than it has today.

When you learned to ride your bike you fell over. Over and over again. Maybe you scraped your knee, cried a little. And then you got up again. And started pedalling. Soon you were riding the bike like you had done it all your life.

It would be nice if we could all keep this way to thinking about failure as we grow older. Some probably do. Some donâ€™t. Why?

A few reasons that I can come up with from my personal experiences are:

I think Beckett has it kinda right when he says: no matter. People make failure into a large matter, perhaps even into a part of their identity. Of course, this doesnâ€™t mean that you should give up your common sense and risk all your savings on some wonky business deal.

Now, what is good about failure?

Instead of seeing failure as something horrible you can start to view it more as a learning experience. When standing in the middle of a failure, you can ask yourself questions like:

There is always one lesson or many more in what you may see as a failure.

2. You gain experiences you could not get any other way.

Ideally, you probably want to learn from other peopleâ€™s mistakes and failures. Thatâ€™s not always easy to do though. Sometimes you just have to fail on your own to learn a lesson and to gain an experience no one can relate to you in mere words.

Every time you fail you become more accustomed to it. You realize more and more that itâ€™s not the end of the world. Failing may in fact become a bit anticlimactic â€“ just like when succesfully reaching a goal – after you have spent much time building a grandiose image of it in your head.

You get desensitized. You can handle things that would have been very hard to handle a few years back. Failing can also a have an exhilarating component because even though you failed you at least took a chance. You didnâ€™t just sit on you hands doing nothing. And that took quite a bit of courage and determination.

4. Your chances of succeeding increases.

Every time you fail you can learn and increase your inner strength. So every failure can make you more and more likely to succeed. And there is probably no other way to the success you dream of without a whole bunch of failures along the way.