Do You Make These 7 Common Mistakes and Bore People Half to Death? 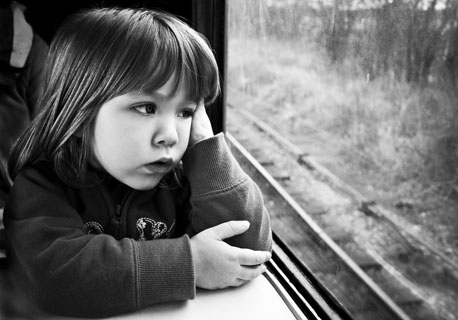 “You can have brilliant ideas, but if you can’t get them across, your ideas won’t get you anywhere”.
Lee Iacocca

“The best way to be boring is to leave nothing out.”
Voltaire

One way to make conversations a lot more awkward and unfulfilling is to bore people to half to death. Sometimes you don’t even know you are doing it (that’s at least what I have done). So today I’d like to list 7 common mistakes that I have made in conversations to help myself – and maybe someone else too – to avoid them in the future.

If you find you might make one or a few of these mistakes a bit too often don’t beat yourself up about it. That’s pointless. Just be conscious of it in your daily interactions and do the best you can to improve.

I have found it to be helpful to be reasonably brief when, for example, telling someone a story. The long and very convoluted version seldom seems to be as appreciated as the shorter and snappier one.

If you instead focus more outward you’ll be less self-conscious. This reduces nervousness and slightly nonsensical babbling.

And if you focus more outward, on the people you are talking to and less on your own glorious voice and golden words you’ll be more aware of what you are saying and how the conversation is going. If you focus on the other guy/gal you’ll be more focused on getting through and you are more attentive to how your message comes across and what reactions you bring out.

Hanging on to a topic for too long can make a conversation boring and awkward. Often there is a natural transition from topic to topic. But if you keep coming back to the same topic over and over again or cling to it while the other(s) want to move on then you are interrupting the flow.

This can also evolve into a situation where you feel you need to be right at all costs. That’s when things tend to get really awkward. Try lightening up and letting go if you feel that is a common problem you are experiencing.

It can be interesting to listen to someone talking a lot about their passion in life. But you still have to be flexible, let the conversation flow back and forth and be mindful of the fact that not everyone will be so interested in something as you are.

A lot of the time people just want to share moments, exchange positive emotions and feel like they are connected by for example being able to relate to you in some way. I still think you talk about a hobby or passion no matter how odd it may be but it is helpful for you and the other person to avoid technical jargon, acronyms and details that only you and other enthusiasts understand.

Try to keep it simple and understandable instead. No one wants to listen to a topic that they can’t relate to in some way. Not for too long at least.

3. Being negative and whiny.

Now, it’s normal to have a bad day or just be in bad or whiny mood from time to time. But if you do it a lot or pretty much all the time, if you spend most of your time in that headspace then simply put people will probably not just be bored. They will start to avoid hanging out/talking to you.

We all have a lot going on today. And as I grow older it seems to me that people simply don’t have time or patience to listen to that negative stuff. They have more exciting things to do and more positive people that they will choose to hang out with and talk to instead.

I’d say that one of the most attractive qualities a person can have is a positive attitude and energy. It is attractive to people at your job/school, family, friends or just that cute girl/guy in the bar. And as I mentioned above, I think that one of the big things people want in any relationships is positive emotions. On a fundamental level people simply want to create a flow back and forth with people where all of you exchange positive emotions and feel good.

It is often said that enthusiasm is contagious. So is every other feeling. So not just the words you say but the mood you are in has a big effect on how people react to you and interactions and relationships develop. So be careful with your emotional states. Here is a guide to how I have improved my own attitude and maintain it at a more positive level than I used to.

Not really listening is perhaps one of the biggest mistakes people make. It has certainly been one of my biggest issues in conversations and although I think I have improved it still is.

If you are just waiting for your turn to talk instead of listening then you’ll often miss much of what is said (verbally or non-verbally). There will be a lack of genuine understanding and disconnect that makes the conversation less exciting than it could be.

Just like I mentioned in tip #1, focusing outward and on the other person and not on yourself makes it a lot easier to be a better listener.

So it’s pretty obvious from what you have already read so far in this article that if you focus too much on yourself then a conversation or any sort of relationship will probably become pretty boring. You will become a bad listener. You will tend to prattle on endlessly about what you like to talk about.

People are interested in themselves. That is one big reason why for example a lot of people always think everyone is thinking or talking about them and so they become shy or they don't experience the sort of social freedom that they could.

People want to be understood and feel a connection. If you can shift your focus away from yourself, away from having your focus split between yourself and the person you are talking to then you will be a powerful and exciting exception in their week, month or life.

A few ways to avoid this is to:

7. Not being right here, right now.

This is perhaps the biggest mistake one can make. And if one can avoid it then many of the other problems above tend to reduce themselves.

Being present is not a magic pill but in a conversation it can be huge.

You are right there and you are listening just to what the other person is saying. You focus is not split. You are not thinking about what to say. Instead you let the conversation evolve naturally as you say what comes to mind. You are more relaxed, positive and open because you are not somewhere in the past or future reliving bad experiences or imagining some horrible scenario.

In this headspace people also tend to be funnier, more fun and exciting and playful in general. It’s like bringing out a better self but not having to rely on “having a good day” to do it.

My top three ways to reconnect with the present moment right now are:

Next post: Wayne Gretzky’s Top 3 Tips for Becoming the Best You Can Be