4 Good Reasons to Stop Thinking the World Revolves Around You 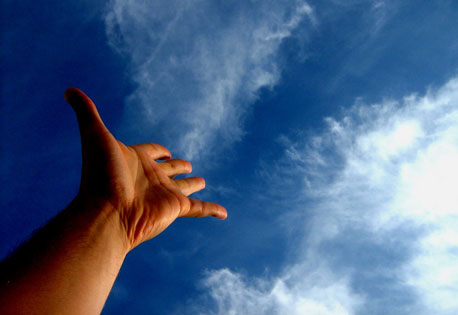 Image by Idea-Listic(is off into the great beyond) (license).

One great way to make your life unnecessarily hard and difficult is to assume that the world revolves around you.

Sure, such a belief is seductive in the way that it makes you someone who must be very important. If everyone is looking at you and talking about you all the time then that feeds the ego.

This belief about how the world revolves around you may be based partly in how when you are young the world kinda revolves around you. Your parents, siblings and a lot of grown ups are tending to your needs and whims all the time. However, now that we are adults such beliefs can become limiting.

Thinking that the world revolves around you doesnâ€™t just mean that someone is behaving like an annoying, spoiled brat. It can be much more subtle than that. For me this has been about sitting down and really thinking about it and my reactions to different things in everyday life. You may find it useful to do the same. This belief can be a bit sneaky.

But why should you give it up though? Well, here are four good reasons that I use for motivation.

Everyone may not agree with me here. But from my own personal experience with being shy it does to a large part come from a belief that people care a great deal about what you are about to say or do. Perhaps you are afraid that people will laugh or analyze what you said/did for the rest of the week.

Well, guess what. People have their own lives. Iâ€™m not saying that people closest to you doesnâ€™t care about you. But that people mostly may think about you for a few minutes. Then they return to their lives. People have their challenges at home, at work, with the economy and so on. Yes, in your head you may be the most important person in the world. But donâ€™t project that onto other people. Because in their world the most important person is probably them or their kid(s).

Now, the thing here is that people tend to care if you care though. Emotions are contagious. So if you feel nervous or act that way people will feel it too. If you donâ€™t care then they wonâ€™t usually care that much either. Your new belief – that it's not all about you – makes you less self-concious. You become less shy. And people will sense less of those negative feelings coming from you too.

Well, this is an off-shot to the previous point I guess. When you give up the belief that itâ€™s all about you experience a bigger social freedom since you know that feeling constrained by how people may react is just to a large part an illusion.

Trying new things is of course not only fun and a great way to grow. It will also provide you with proof that people donâ€™t really care that much as you try something you may think will bring out a negative reaction from your surroundings. And then you are met by feedback like the disinterested â€œoh, thatâ€™s niceâ€ or the eager questions from curious friends/co-workers/family.

3. It makes it easier to deal with criticism and negativity from other people.

If someone makes a personal attack or just let the destructive words flow then remember that criticism isnâ€™t always about you. Criticism is a way for the one critiquing to release pent up anger, frustration or jealousy. Or a way to reinforce that his/her viewpoint or belief is the right one. Or s/he may have habit of getting others involved emotionally â€“ baiting them – to build a negative spiral, an argument/fight or to get attention. Itâ€™s about him/her. Not about something you did.

It can have a calming effect to remember this.

4. It makes you more open and understanding towards others.

This is surely one of the best benefits of realizing that you are perhaps not the centre of the universe. Itâ€™s very easy to misinterpret people when you are stuck in that old mindset. You get some criticism and you think: â€œwow, I suckâ€. While it may be about the other person being human and having a bad day or week.

Letâ€™s say that the waitress at a cafÃ© is very rude. You may take this personally and get angry or irritated for the rest of the afternoon. Or feel like you are having a bad day and get down about yourself. But perhaps it wasnâ€™t about you? Maybe sheâ€™s worried about her job. Maybe she is going through a divorce. Maybe her dog was run over yesterday.

You just donâ€™t know what is going on in her life.

When you stop thinking that it all revolves around you experience a larger openness and instead of going into a powerful negative reaction when someone does something you are more understanding. Yes, reacting negatively gives you a temporary emotional rush as you feel right and poorly treated by the waitress. Itâ€™s the ego popping up again.

However, personally I donâ€™t think that short emotional boost is worth it since itâ€™s always followed by negative thought loops and emotions going around and around in your mind and body. Being open and understanding can be harder. But it makes you and your normal day much more pleasant.

How to put a stop to this belief

I donâ€™t have many fancy tips on how to replace your old belief with your new one.

Just keep in mind that itâ€™s not all about you as much as you can in your daily life. Make it a mental habit by reinforcing it. A written reminder here and there in your daily environment â€“ such as post-it notes on your computer and bathroom mirror â€“ can be very helpful.

The more you view the world through your new belief and get proof from experiences in your life the more comfortable youâ€™ll be with the belief. The physical proof in your world solidifies the belief and â€œmakes it realâ€ to you. Instead of something you may have read on some blog.

You can also try acting as you would like to feel when you feel self-conscious and like everyoneâ€™s attention is focused on you. In such situation or on such days act as if the world doesnâ€™t revolve around you and people donâ€™t care that much about what you do. After a while and after taking action you will actually start to feel that way for real. Itâ€™s a way to jump-start yourself in your daily life and lead yourself onto a more helpful mental track.