5 Kick-Ass Reasons to Give a Genuine Compliment, and How to Do It 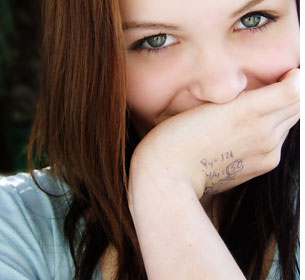 â€œA compliment is something like a kiss through a veil.â€
Victor Hugo

â€œDo not offer a compliment and ask a favor at the same time. A compliment that is charged for is not valuable.â€
Mark Twain

Some are sincere. Some are quite the opposite.

Some like to get them. Some feel a little uneasy and self-conscious about them.

And from time to time I think to myself that there is too few of them. They are underused and underrated and are often forgotten amongst gossip, negative self-talk and complaints about the boss, the job, the weather and milk prices.

So, here are 5 compelling reasons why itâ€™s a good choice to use more genuine compliments in your day to day life. And a bit further down, three tips on how to give them.

The compliment has to be genuine.

Otherwise you are just trying to take something from the one you are complimenting. And that will not work so well. Your insincerity will often shine through.

A compliment delivered with positive words but with a body language and voice tonality â€“ the two most important parts of interpersonal communication â€“ that arenâ€™t saying the same thing may often not go over so well. And the rule that you get what you give still applies.

What you feel when you deliver the compliment will come through. So make sure that there is a genuine feeling behind the words.

Cultivate a habit of appreciation.

This will let you discover all the genuinely nice things about people. With this filter closed it will be harder to see the positive things in people and to give compliments that are actually totally genuine. Try to appreciate the things around you – your home, friends, family, co-workers, computer, weather, food etc. – a few minutes a day to build this habit.

Compliment on something the other person feels is important to him/her.

It may be – at least in some cases – a good practise to not compliment on something that the other person doesnâ€™t have much control over. Or something that he or she has been complimented on a thousand times before. Looks and other more superficial stuff are examples of such things.

A compliment that is kinda expected will not be that powerful. And even though your compliment is genuine it may just be lumped together with all those other similar and not so genuine compliments the person has recieved.

Instead, observe what makes this person tick. What are his/her passions, qualities, interests and proudest achievements? What can you genuinely appreciate about those things?

And finally, remember, pretty much no matter what the response is you can still feel good about giving a compliment. As Seneca says in tip # 5: how the other person responds – what s/he says or feels – isnâ€™t your responsibility.